Eight-Nine King Development is on mission to provide revitalization to urban communities through renovations and new construction projects. Whether these projects are single family homes, townhomes or multi-family apartment complexes, our goal is to maintain the same charm already present in the surrounding neighborhoods……we are not production builders. Eight-Nine King Development’s team has been involved in real estate for a number of years, leading them to become industry experts.

Tyler bought his first property at age 19 and hasn’t looked back since! After several years of investing in real estate, he created Eight-Nine King Development in 2013. He graduated from The University of Tennessee Knoxville with a degree in Finance and is also a licensed REALTOR®. Tyler lives in one of the communities he is on purpose to revitalize, which brings a level of expertise and belief rarely known by developers. 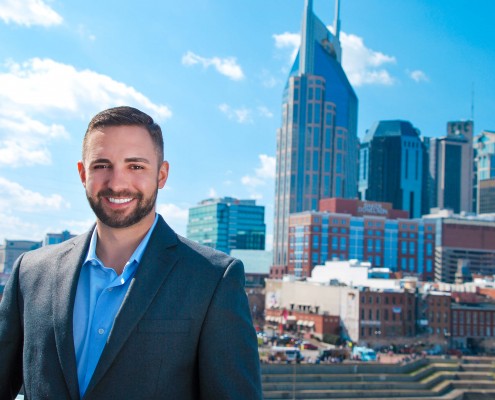 Tim previously owned one of the top insurance agencies in Middle Tennessee. His real estate involvement began during his tenure with the insurance agency. Once he sold his agency, he joined Eight-Nine King Development full-time. As COO, Tim oversees market analysis and project placement.

Ben entered the construction field in 1993 as an electrical apprentice for a large Electrical Contractor. Quickly earning title of Foreman, Ben was project manager over multi-million dollar projects in hospitals, factories, supermarkets and many commercial and industrial settings. Having a love for construction, Ben then started a Real Estate Inspection business doing commercial and residential building inspections. After many years and thousands of inspections, Ben uncovered other options to further diagnose and reveal building defects and construction flaws. One of the first in this field, Ben used Thermal Imaging to change how building and construction defects were detected, reported and repaired.

Ben has been alongside Tyler and Tim since the beginning. As Head of Construction, he is a licensed general contractor, licensed electrician and licensed home inspector. Ben does not simply oversee projects, he personally makes sure the level of quality expected in an Eight-Nine King Development project is maintained in each home.

Email: info@89kdc.com
TELL US YOUR NEEDS
Scroll to top